How Oral Probiotics Can Help Your Dental Health 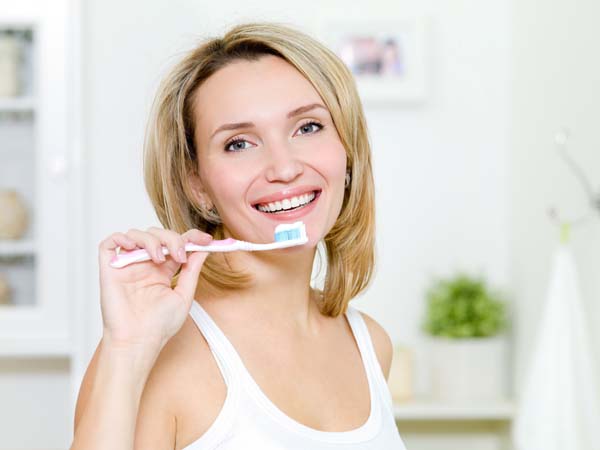 Probiotics are good bacteria that are popular for their contributions to healthy digestion; however, scientists are starting to believe they contribute to dental health, too. Although the U.S. Food and Drug Administration has not endorsed the medical use of oral probiotics, many studies have shown that probiotics can help your dental health.

Our mouth contains different kinds of bacteria, and some of them are responsible for plaque. A 2016 study revealed that a bacteria strain known as A12 combats a cavity-causing bacterium known as Streptococcus mutans. S. mutans converts sugar into lactic acid to create an acidic environment in the mouth, which causes plaque and cavities. When the two bacteria were cultured together in a lab, the A12 bacteria inhibited the growth of S. mutans and plaque formation.

Multiple studies have checked the efficacy of probiotics against bad breath. The bacteria present in the mouth or gut usually cause bad breath. In a study, 23 people were given an antimicrobial mouthwash and then either a placebo or supplement containing the probiotic Streptococcus salivarius for three days. At the end of the study, 83 percent of the candidates given the probiotic witnessed a significant reduction in the number of odor-causing bacteria in their oral cavity.

A 2013 study discovered that a bacterium called Lactobacillus salivarius lowered oral cancer in rats. However, more studies are necessary to verify this effect.

Control the symptoms of gingivitis

A study conducted in 2006 postulated that oral probiotics alleviate the symptoms of gingivitis, also known as gum disease. The symptoms of gingivitis include inflamed, tender or sensitive gums. The scientists gave 59 people with gingivitis a supplement that had either a probiotic bacterium called Lactobacillus reuteri or a placebo. When the candidates returned two weeks later, the researchers discovered that the gingivitis symptoms improved among those who had the highest dose of probiotics. These people also had less plaque occurrence.

What you should know

Probiotics are typically safe. Nevertheless, you should never use them if your immune system is compromised. Pregnant women, seniors and children should avoid consuming high levels of oral probiotics without first consulting their physician. Probiotics are usually available in food or in a concentrated state as supplements, which may be in the form of pills, powders or mouthwashes. The best food sources of probiotics are enriched or fermented foods.

Ideally, you should stick with the recommended dosage of oral probiotics as directed by the manufacturers. Also, before using any supplement, ensure you consult your dentist or doctor to have the best chance of success and safety.

Check out what others are saying about our dental services on Yelp: Preventative Dental Care.

Preventive Dentistry: 7 Things You Need to Know About Sugar and Your Dental Health

Preventive dentistry centers around a few core values: Practice good daily oral hygiene, never skip a dental cleaning and avoid sugar. Steering clear of sugary food and drinks is one of the pillars of dentistry.Read …

3 Tips From a Preventive Dentist to Protect Your Natural Teeth

Natural teeth serve a very important function, and a preventive dentist can ensure they stay protected. They are the first line of the digestive system as they are used to grind down food into smaller …

Things to Ask Your Dentist in Rome

The general rule is that people visit their dentist in Rome twice yearly for a checkup, deep cleaning and oral screening. The visit also presents a chance to be proactive by asking questions related to …

We are open and accepting new patients. We are following the CDC requirements for COVID-19 and more.